Kids Learning Websites Learning How to be Frugal in First Grade

Begin by not just giving them an allowance – make them earn it ad give it to them at the end of the week. They would have certain tasks or chores to complete in order to receive their weekly allowance. This teaches them that working hard should be valued and rewarded, instead of just receiving handouts.

As you’re teaching children how to save money, you should also iterate that sometimes it’s not the best idea to buy the cheapest things. For example, there are certain items that you may want to spend more money on because of the quantity or quality of the items. Explain to your children when it’s acceptable to spend a little more money on something, and when it’s acceptable to by generic brands. Teach them that being frugal doesn’t mean being cheap, but it means being smart. When they understand this concept and recognize the difference, it is setting down strong financial foundations for later in life.

Encourage creativity. If they see a toy that they want, ask them if there is something they can think of that would serve the same purpose that they could make. When the current adult generation was younger, we had to create our own games and use our imagination. Encourage this with your children.

Get your children actively involved in going to the store with you. Have them help make the list, clip the coupons, and take them to the store with you. Practice the art of sticking to your list, unless it’s something that you absolutely need but forgot to put down. When you put something in the shopping cart that isn’t on the list, allow your children to respectfully remind you, “Mom, that’s not on our list. That is spending more.” You should also do this vice-versa when they ask for things not on the list.  At the farmer’s market, show them that buying in season saves money. Also show them that by buying from the farmer’s market ensures that the local farmer is getting the money, rather than the bigger stores.

Teach your children that by opening a window during the summer when they are hot, or dressing in cooler clothing is better than adjusting the thermostat to run the air conditioning. Also teach them that in the winter, they can bundle up or use a blanket when they are cold, rather than adjusting the thermostat to turn on the heat. Explain to them that this saves money, since we have to pay for electricity. This works the same way with the water – show them how to conserve water at the faucet and in the bath/shower in order to save money also. 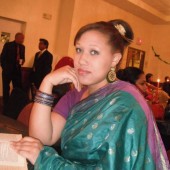